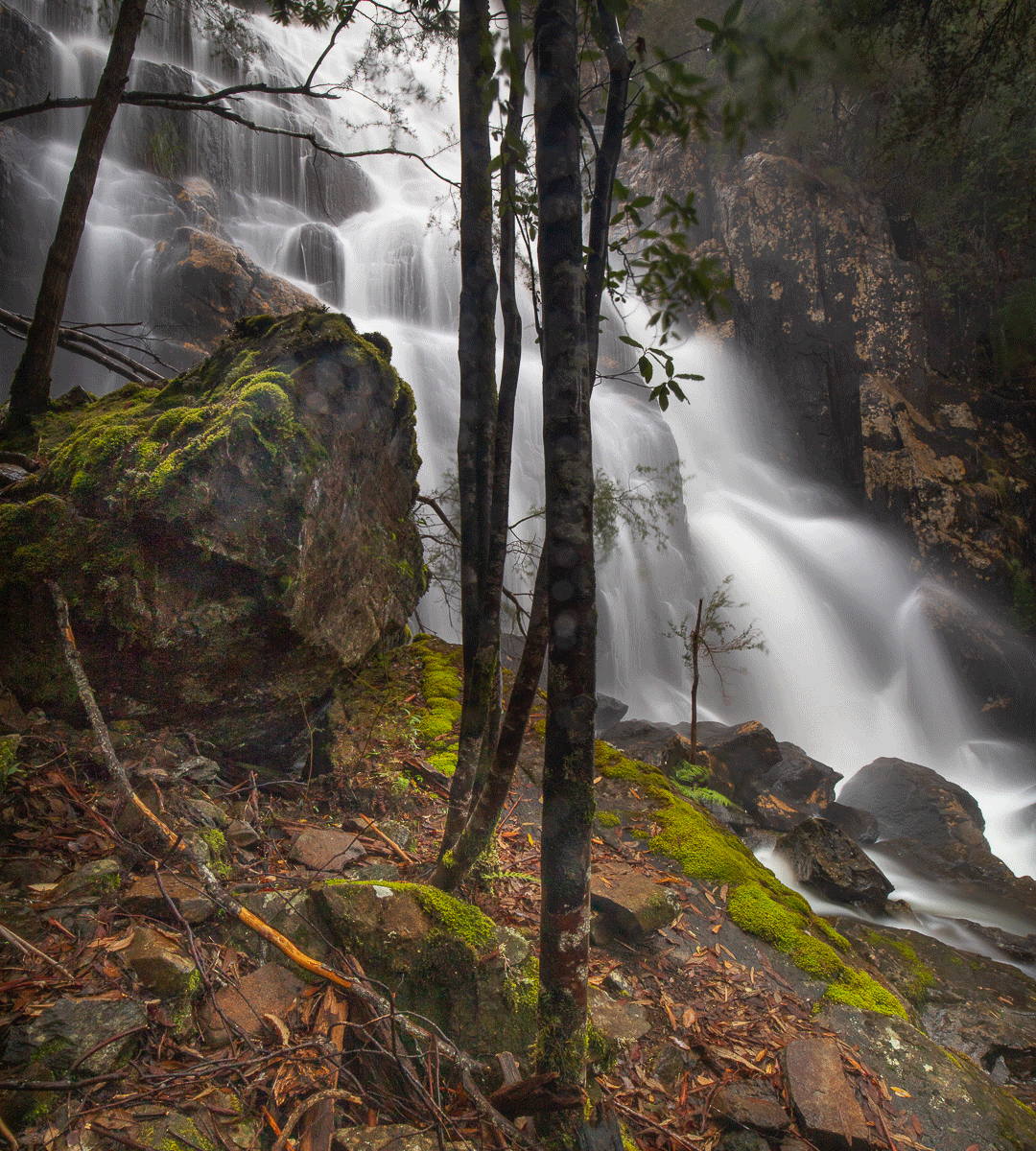 An “expedition” to Billy Browns Falls (near Judbury) might not seem a big deal if you are an adult, but Gussy (aged seven) and I were excited: it was our first adventure for just the two of us since January. This would only be the second waterfall Gussy has ever bagged. It was going to be a big day.

I was rather worried about the road in – instructions were not clear as to whether I could get my Subaru Forester (AWD, not 4WD) up the relatively unkempt road to the start. I showed him the map before we left and said I might have to park at the bridge, but, if we were lucky, we could get all the way up here, and I showed him. He was fine with that. (He’s  very fit for his age). Sure enough, after the bridge, the road became full of puddles of unknown depth, and rocks that I had to swerve around, just in case our underbelly was not high enough. Gussy loved all the swerving and bouncing, and soon enough we were ready to begin the easy bit: the part on two legs. The day looked uncertain, so, although the walk was only a few kilometres, we took our rain gear in our backpacks. There was a blue sign where we parked our car to indicate that off in the scrub lay a path to the falls. The sign said 1.5 hours’ return, so we decided we’d time ourselves to see how near to the expected forty-five minutes our outward journey would take. We were at the top of the big hill one has to go over before descending to the falls in fifteen minutes. Another seventeen took us to the base of the falls. (33 minutes’ total when one adds in the seconds.) We had loved the shady, mossy forest, and had seen a few fungi on the way we thought we’d photograph on the rebound, but on the outward journey, we were intent on the falls themselves. Once there, Gussy enjoyed the chickpea and chocolate almond snacks I’d brought, while I did my photographing. It was hard, actually, as there was so much water coming down that the spray and wind resulting were huge, and it was challenging to find an angle that would allow me to keep my lens dry.

On the way back, Gussy was a boy with a purpose, intent on beating the clock.  He’d been thrilled with the outward time, but wanted to improve it. We rose to the top of the very steep hill in just under 14 minutes, and were down the bottom in under 10. All up, the walking section took us 57 minutes’ return. As I said, Gussy is a very fit seven year old. We bounced our way back to the bridge, where we took a brief break to play Pooh sticks, and then we were on our way to enjoy a special cafe lunch at Huonville. The blue line begins where the car was parked – which means the road is not quite accurate on the map.
To get to the start, take the Judd Creek Road north out of Judbury, and keep going until the blue sign is reached. You will cross the creek twice. After the first bridge is crossed, the road deteriorates markedly, and continues thus until your goal, maybe 2 kms more (sorry, didn’t measure – too busy negotiating lumps and bumps).