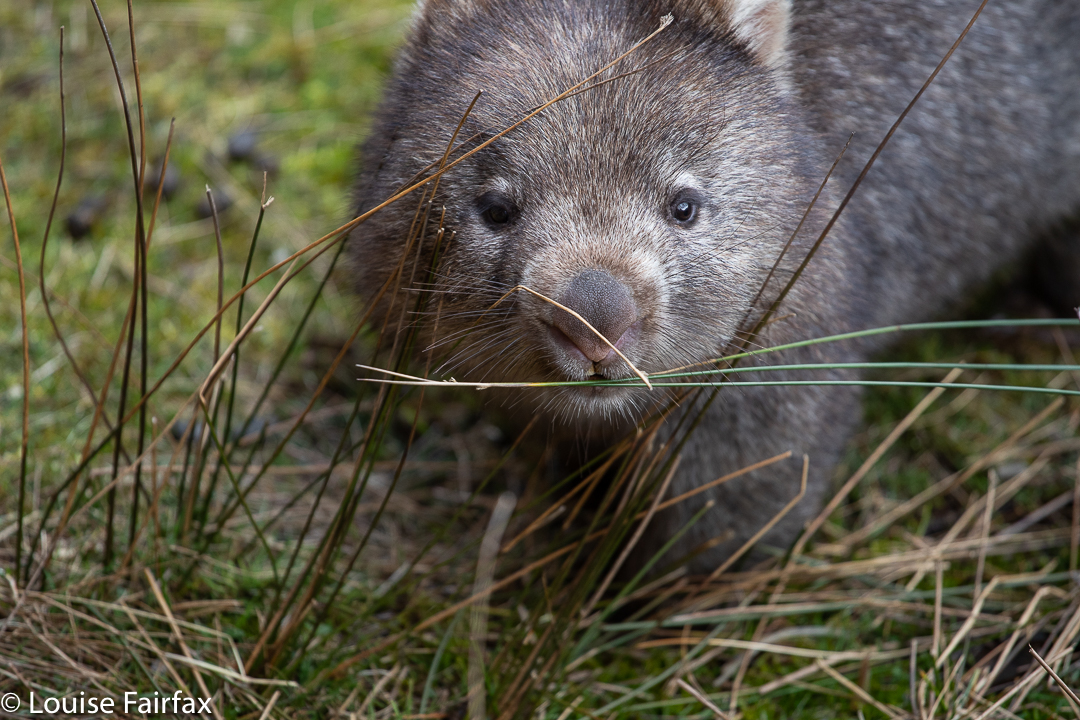 We have just finished the Tassie October school holidays, and, despite an inauspicious weather forecast of two days’ rain and two of snow for our four nights, we three adults and two children were excited. (Three generations are present). I packed four of everything that might be needed, just in case I got drenched each day, and as a result, hardly needed anything.
In case it is helpful to other families planning walks, I will outline our itinerary below. To help you contextualise activities, the children involved are in third class (boy) and preschool (girl). I think one is now supposed to call that Early Learning Centre. Whatever. Abby is 4, and will be in Prep next year. Both children are very fit and capable for their age.

Arrival day and night number one. We drove up from Launceston, arriving in time for a picnic lunch and an “Enchanted Forest Walk”. At 2 pm we could check in to our accommodation and clear protocol with the rangers, which we did, so that at 3pm we were on the bus heading for Dove Lake, wanting to climb Mt Campbell. I was somewhat worried about the time, but if we missed the last bus, we missed it, and any and all three of the adults were capable of running back to the car at the end if need be to then come and pick up the stranded children.
Off we set. Little Abby smashed out the first part, getting to the saddle below Mt Campbell in a mere 29 minutes, with the rest of us in tow. This boded very well for our time limits. We stopped in the biting wind and had muesli bars and lollies – well, we popped down the other side a bit in order to be out of the direct force of the wind.

Once we were climbing again, we became very exposed to the force of the buffeting blasts. I kept very close to Abby, as she was blown sideways several times, and was not comfortable with the conditions. She only weighs 14.5 kgs, so is easily knocked around by bullying winds. Bravely she continued climbing, handling “the notch” with aplomb. However, once we were on top and even more exposed to the brunt of the fury, she had had enough, and it was cuddle time. Kirsten (her mum / my daughter) carried her off to begin the descent while Gussy, his dad Keith and I “enjoyed” the summit area for a bit longer.
We all had to run for the bus at the end, and arrived in a big puff, to then discover this was the second last bus, not the final one. Ah well. The run was fun anyway. We returned to our lovely cabin at Waldheim and went hunting for grazing wombats before it got dark. We were still on winter time at this stage.

Day 2. I woke early and was about to go off wombat watching when Kirsten joined me, so the two of us had a lovely long walk to Lake Lilla in the early golden light, returning in time for family breakfast.

On this day, we had chosen to climb Crater Peak, despite the forecast for rain. It was a beautiful climb, and quite a dramatic little peak, with a massively sharp drop into Crater Lake way, way below. Abby climbed well, but, as with the day before, she had spent most of her energy in the climb, and wanted to be carried for the less engaging descent.

We came back using Marions Lookout, as Abby wanted a bus ride. (She thought the busses were great fun). A man who had seen us climbing, but who now approached from behind saw that Kirsten was carrying someone (who now appeared to be flopped unconscious across her shoulders).

“Oh no”, he said.
“What’s wrong?”, I asked.
“Someone must be injured; she’s being carried.”
“No. She’s four, and she’s climbed Mt Campbell and Crater Peak in the last twenty four hours. She’s just very tired.”
He smiled at the slumped form with a gentle look. “I’d want to be carried too”, he added.

While the others headed off on the path to Dove Lake and busses, Gussy and I hived off and went “home” via the route that sidles around Wombat Peak, follows Crater Creek and takes in Crater Falls before crossing Ronny Creek and ascending mildly to Waldheim. Wombats were grazing and the rain was now falling rather earnestly as we emerged from the forest, still dry, and dashed for our cabin in time for lunch.

In the afternoon, I minded the children while the parents went running, and after they returned, I did a rainforest walk out the back of our cabin. Everything was shining with the raindroplets of the intermittent showers. Snow fell later.

Day 3. On this day, the rain was fierce and the children a bit tired. While the parents ran, the children and I did two “7-minute workout”s, using muscles other than climbing ones. We turned it into fun. When the parents returned, it was my turn to go out, so I did the Dove Canyon track, taking my photographic gear, and shooting falls that I have not seen before, and discovering that Knyvet falls as named by the NP blue sign, are not the Knyvet Falls on the map (they are just an unnamed blue line) The falls named as Knyvet Falls on the map have no sign in the terrain, and are a double fall, skirting each side of a huge boulder. I have never seen a photo of these falls, and never heard that there is any discrepancy here. I just called them “Pencil Pine Falls 3”. I then went off to photograph “Pencil Pine Falls 4”, which are also a blue line on the map, but not named. They were PUMPING.

After lunch, I wanted the children to do some walking, mainly as I was babysitting while the parents ran again, and I didn’t want to be stuck in our room on a beautiful rainy day, so I persuaded them they’d like a walk around the lake and a BUS RIDE, Abby. The parents ran around the lake twice and then ran back while we just did a pleasant walk to the end and back, and then – do I confess?- the children had huge fun playing diving onto the bed in our new accommodation at the lodge. (Maybe I was hoping to be fired as a babysitter).

Day 4.
The morning of this day is a bit of a blur, if you don’t count the marvels of sitting in the dining room at the lodge, imbibing a beautiful breakfast, and watching great fat flakes of snow delicately ballet their way through the air to the ground. I think I played hangman’s noose with the children while their parents went running. Then, in the afternoon, came one of my favourite parts of the holiday. Now Keith minded the children (the three of them doing the Dove Canyon full circuit), while Kirsten and I went off into the clouds and snow and climbed Artillery Knob.

It was magic up there. The snow continued to fall lightly while we walked and talked, revealing and concealing knobs and bluffs up high, and tarns below. It was so pleasant to have that time and space together.
When we returned, the children were full of stories about how awesome and amazing the waterfalls on their route were. Having seen them the previous day, I knew what they were talking about; they really were spectacular. so full of unadulterated power, thundering down the cliffs.
Day 5.
And sadly, as it marked the terminus of our holiday, day 5 dawned. We had another sumptuous breakfast, packed our bags and checked out, and headed for the last time this trip for the Lake. Today, Gussy, Keith and I would do a snow climb of Cradle; Abby and Kirsten would climb up to Lake Wilks at 1050 ms asl.

The morning was icy cold and the tarns and puddles en route frozen, so I began to doubt whether we could pull this one off. Where the ground had ice rather than snow, it was very slippery indeed. I gazed up at the mountain ahead, wondering what it would be like up there. We agreed in advance that I would lead to test conditions, Gussy would go in the middle, and Keith would be behind him to protect him from the rear should he slip. I had adaptable mini-crampons on board for him should they be needed.

The first bit of the steep part once you start the climb proper was easy for him, so we let him lead in the end. Only right near the big saddle did things become challenging, and he did do a bit of a nasty slide at one point. On the whole, he was very careful, and made great choices about which mini-route to take. Where he slipped, the snow just rushed out from under him.
After the saddle, we were very careful: Gus was a bit shaken by the slip, and  there was no need for haste. The notch was a bit tricky in ice, but we got over it, and then it was not too bad along the snowy tops to the summit cairn.
By the time we had lingered to eat and enjoy the view, the sun had dried the wet rocks, and some of the ice had melted. This made the descent much easier than the ascent had been. Down the bottom, near the boatshed, Abby and Kirsten were waiting for us.
Abby was impatient to run with Gus to the finish, maybe a kilometre away. Off they set, with we three adoring adults smiling to see this tiny little pink-jacketed, blonde-haired darling flowing through the scenery in a running style to die for, pursued by big brother, who, being a total gentleman although only in third class, tucked in behind her, and allowed her the lead the whole way. Near the end, we adults also had to run, as the bus had come, and we feared it was the final one. Yet again, it was the second last, and we didn’t have to run seven and a half kilometres in addition to what we’d already done in the last few days.

Every single person I spoke to on the mountain had shocking “bus angst”. Does that REALLY belong in a National Park??? Bushwalkers don’t want viewing platforms; they want to be allowed access to the wilderness so they can be immersed in it and benefit from its restorative powers. 7.5 kms extra walking on a sealed road at the end of a long day is not wilderness immersion. It is not wilderness at all. It is bowing down to the god of tourism – a false god that is already fat and greedy enough.