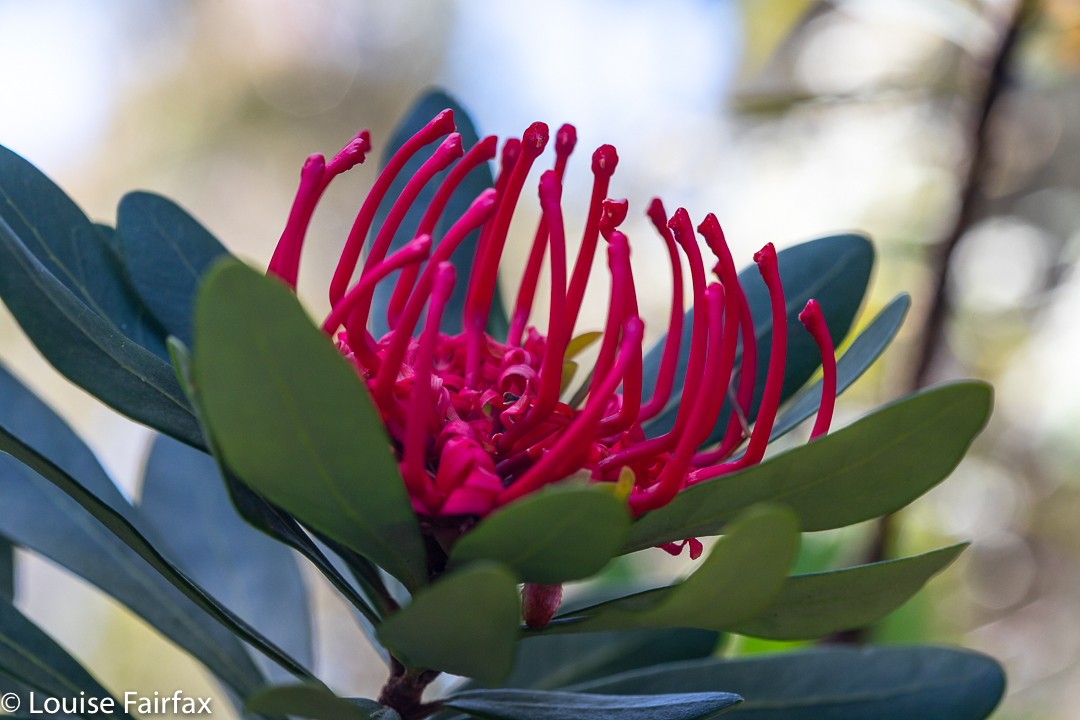 The last time I climbed Ben Nevis, it was in June (2013), and my report was pretty negative, as the memory of all the prickles we had to fight to get there dominated my thinking.

This year, my feelings are entirely different. It was December, and an abundance of colourful wildflowers decked our way: reds and yellows and creams and whites. The bush was a mass of waving colour. The temperature was quite possibly the same as in that June, as there had been snow down to 800 ms overnight, and the wind was strong and felt like it was straight off the snow. I had already seen a lovely photo of white Mt Wellington that morning.

However, although the wind was strong, we managed to find sheltered spots for a snack and then lunch, and enjoyed the views.

The plants are just as prickly as they were seven years ago, but they are a tad taller and this makes them more comfortable to negotiate. In addition, kind people have thinned them somewhat. Even so, I would not take a small child up this pleasant mountain, as I fear the prickles would be at a child’s face level. For us, they were often chest high. In 2013, they hassled our thighs. The prickly offenders were mostly Pultenaea juniperina and Leptocophylla juniperina, with a few specimens of Hakea lissosperma and even fewer Richea scoparia along the track. One forgives them for being prickly when they are colourful.

The walking (as opposed to talking ) time of our ascent was a bit over an hour. This included a few photos where I forgot to stop my watch. My gps says we spent a lot less than that moving, but the gps is always quite insulting, accusing you of not moving when you are. Possibly more to the point is that the exercise, which included stopping for drinks, lunch on the summit and the odd bit of track clearing, took us 3 hrs 46 minutes. The day was thus still young, so I went off and bagged a waterfall on the way home, the Cornwall Falls. (Hm. Rather a circuitous way home, but the countryside was very beautiful.)