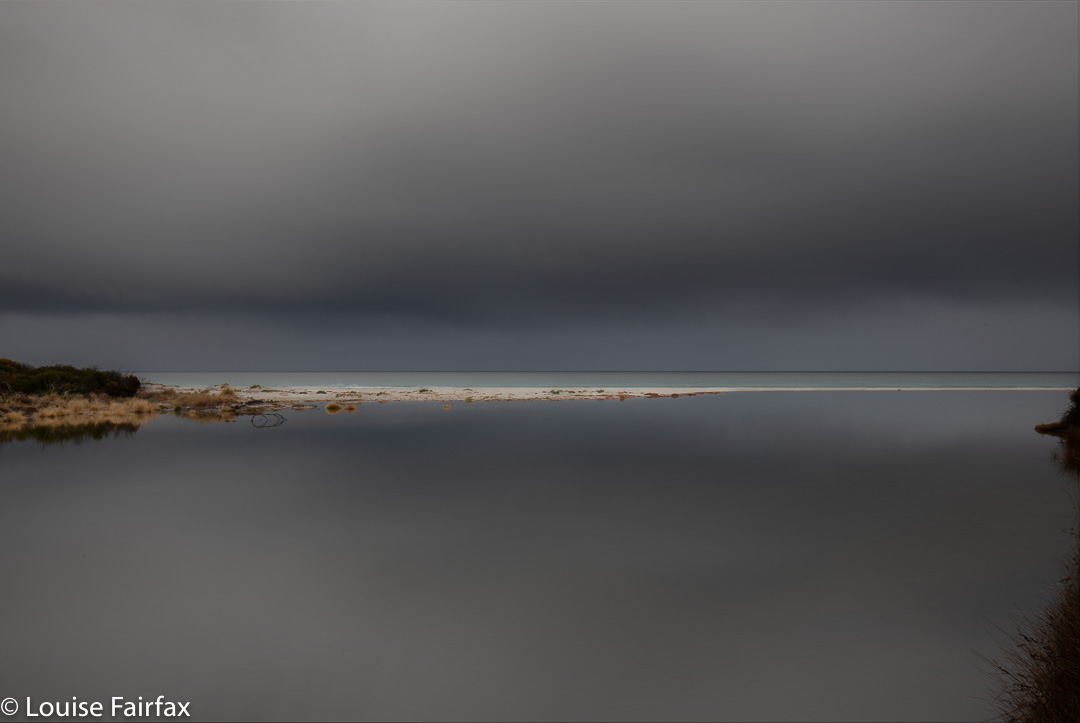 I was ridiculously anxious before I began Leeaberra Track mach 2. My bout of flu A has left an unwelcome aftermath of generalised fatigue, and when I try to run, I have heart palpitations. Was I going to make it up the taxing hills with a heavy backpack? Was I going to be a nuisance by my slowness? Were the others going to get impatient with me? Would I conk out? One thing I did know: I didn’t want to cancel out. I wanted to give it my best shot and see if I could do it.

Meanwhile, the car problems facing us looked as if maybe I’d need to drop out and become a chauffeur: we couldn’t find a way of retrieving my car should I take everyone up to the start. Nobody else had a car capable of taking me back to my own at the end. It would be sad to only be chauffeur, as this walk had been my suggestion. I phoned National Parks for a solution, but drew a blank. Adrian tried the far better option of the Bicheno Tourist Bureau, and was given the number of Tiger Tours, who own a 4×4 vehicle capable of taking us all right to the very start. Wow. 0416 983 926. Brilliant innovation.

So, after breakfast in Bicheno on Saturday morning, Lynden picked us up. We dropped my car at our finishing point, and all continued together to the official start of the walk. Others have taken 3.5 hours to do what Lynden did for us in his van in less than half an hour. Who wants to walk uphill for that amount of time on an ugly old road that can’t be used any more? Not us.

The start was a bit of a disappointment, as the NP ranger said they’d done work on the track. We searched and searched for signs that someone had improved something, but not a hint of work could be found. We were drenched within about a hundred metres of starting because of all the overhanging branches. Cutting grass invaded and obscured the track. This was what I would have expected had I not been told of improvements, but having been thus told, I became disappointed in its lack of fruition. Although it wasn’t raining, I really should have had on my jacket and pack cover, as everything was sopping by the time we reached our pack dump point a bit over an hour and a half later. It was great to drop the packs after this time and head to the falls. I estimated two hours. Wrong. It took us three: two in getting there and back and an extra hour for photographing all that beauty. Having not met track improvements in the first bit, I was hopeful that maybe what the ranger had spent time on was this waterfall section. Wrong again. It was still chocked with fallen limbs and branches. I felt very clumsy with my tripod dangling around my neck, but that left two hands for grabbing and climbing. The rocks themselves were very slippery indeed, so Leandra and I stayed on what used to be a track and fought all the fallen scrub. The boys felt OK about skating on a bumpy surface, so went along the rocks. But it was far from relaxing, and they chose the scrub on the rebound. Using the rocks, they had to climb back up high anyway, as there is no way over the bluff that guards the entrance to the actual waterfall. If you want to see the base, you have to climb up and over. … and then DOWN a very steep section where some people sent rocks flying, as it is also loose.

Down there in the semi-amphitheatre made by the curve in the river below us, it felt like hallowed ground. The falls dropped into a pool that was a fabulous blue, but also wonderfully transparent at the same time. Everything was super except that I was too scared to move. All rocks were angular, and they dropped into water I didn’t feel like bathing in, especially not whilst having priceless electrical equipment strapped to my body. There was nothing much to hold, and the rocks were some of the slipperiest I have ever encountered in my life. My photographic compositions were dictated entirely by safety rather than by whatever the more artistic part of me may have wanted. I chose a spot where I was kind of wedged in, so that when I slid, I would fall into a rock and not the pool. My tripod slipped downwards as well. I chose to do a series of shorter images and stack them later. That way, if and when the tripod slipped on the rocks, I wouldn’t ruin a whole long exposure. The photos you see are stacks of 3-5 images. Despite these difficulties, I chose three angles. Caedence, more courageous, chose more. Adrian hopped from here to there, sliding with gay abandon (was this his Dutch ice-skating heritage coming out?), and Leandra mostly sat on a stable rock and enjoyed the scene from her vantage point, soaking in its beauty. It was so nice for me to be with friends who wanted to spend time at the falls. When I was here in February, the people I was with didn’t even want to go to the base with me, let alone spend time there gazing in wonder.

Everyone content and happy, on we moved to the base of Leeaberra Falls, which we could only see from the top at this stage (having gone downstream a bit). I hadn’t been to the base of this one last time, due to time pressure of the others with me who didn’t like waterfalls, so I was excited to be seeing something new. We found a safe crossing point. With the rocks as treacherous as they were after yesterday’s rain, we were lucky the water wasn’t any higher; it was possible to get across safely – even for cautious people like me – and then we climbed up over the kind of bluff the other side before dropping pretty steeply to the base of Leeaberra. As said, this exercise took, in total, an hour’s walking, photography time not included. Down here was more beauty, and a kind of repetition of the previous fall, with two setting up tripods, the third hopping about exploring many angles, and the fourth meditatively gazing in wonder. I felt very content by the time we were ready to head back. Waterfalls should be savoured like this.

Back at the camp that wasn’t our camp, we had lunch before dispensing with the business end of the afternoon, namely, getting up the big Lookout Hill (highest point on the track) and descending the long, long drop to the Douglas River, our actual campspot for the night. I think everyone was glad to finish off the day. The river was lower and less scenic than last time, and the lighting less interesting, but it is still a beautiful spot to spend a night. The others ate “in” the river on rocks. I socialised a bit, but then retreated to my warmer tent. I had never dried out from the morning’s drenching, and the chill was gnawing at my innards.

The next day was earmarked for Tevelein Falls, but overnight rain had made the rocks a nightmare again. It had taken me an hour in nice weather in February to reach them. I didn’t fancy my chances today in these conditions where, really, it might as well have rained olive oil over night. Leandra and I contented ourselves with lesser goals. The boys, not burdened with a female’s life preservation instinct, dashed along and got to a spot that satisfied them. I already had photos from last time, and was pleased not to have the pressure of trying to squeeze this one in under these challenging conditions today.

And then, it was back to camp, packing up, and setting out up the big hill to the fire trail. We were all up within forty four minutes’ walking. I had been pessimistic and thought we needed at least four and a half hours to get from camp to the end, using the fire trail exit. Adrian thought three, and it was wonderful that his predictions were correct and not mine. We did this second section in stints of, roughy 50, 50 and 30 minutes: the first break for lunch, the second initiated by the fact that Caedence came into range and thus wanted to catch up on the cricket scores, so I dumped my pack and declared it a rest. The final one finished it off. There was my car waiting for us. Now it was time for cappuccino and home. We were all so refreshed from having had time in the wilderness.