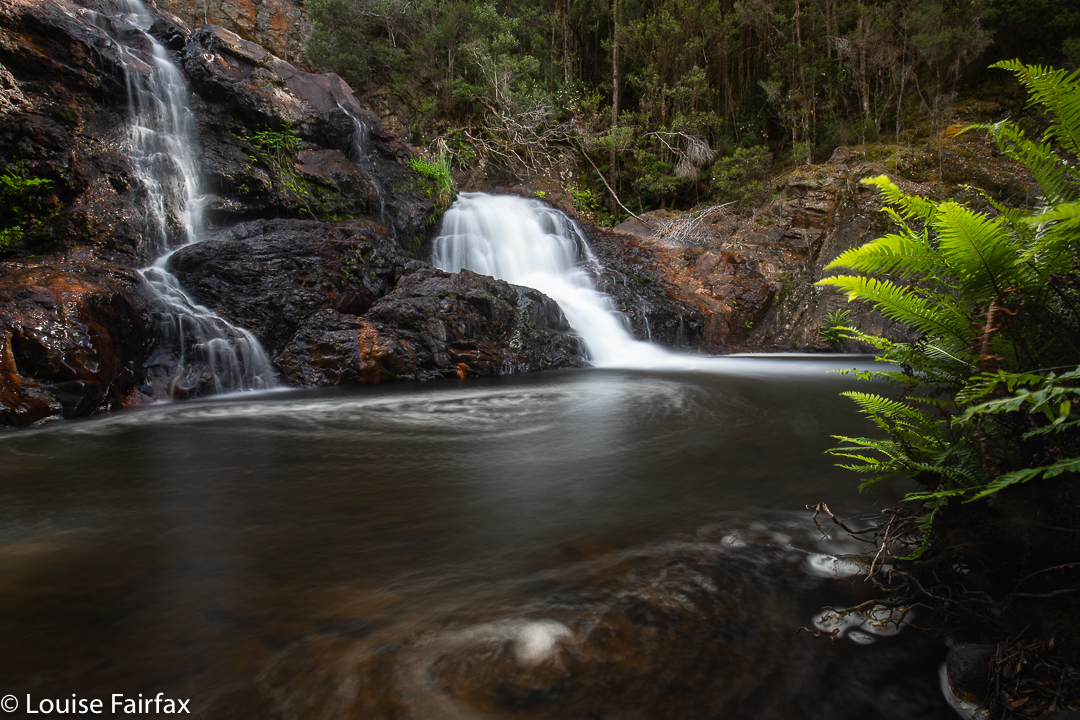 I was munching on my delicious burger with the lot in Waratah with time on my hands, and out of the dim recesses of my brain came the awareness that there is a waterfall somewhere here called Ringtail Falls that I haven’t yet visited.
I did some asking, and got rather evasive replies and the information that the track was now officially closed, but if I headed for the old power station, I would find what I needed.
My map was no help at all, as I wanted it to have a “Power Station” indication, but it was silent. I already knew the waterfall was not on the map.

I scouted around, exploring several ridges and streams and eventually, quite by fluke, happened upon a pad, just as I had given up and turned for home. (I was climbing back up yet another spur at the time.) I didn’t have a clue if this pad was something made by neighbourhood kids leading to a secret place for smoking, or whether it was going to where I wanted, but I followed it and hoped. I followed it for nearly thirty minutes, telling myself the whole way that this was magic forest and a nice workout, and it didn’t really matter if the pad lead to nowhere.
It didn’t. It lead to somewhere, viz. the falls that I wanted, and an interesting old ex-power station as well. The workout back up the hill afterwards was even better: thirty minutes up to the car. It took fifty minutes down, as I was climbing up and down everything in sight hoping to hear a waterfall, but failing. It seems that it pays to be persistent.