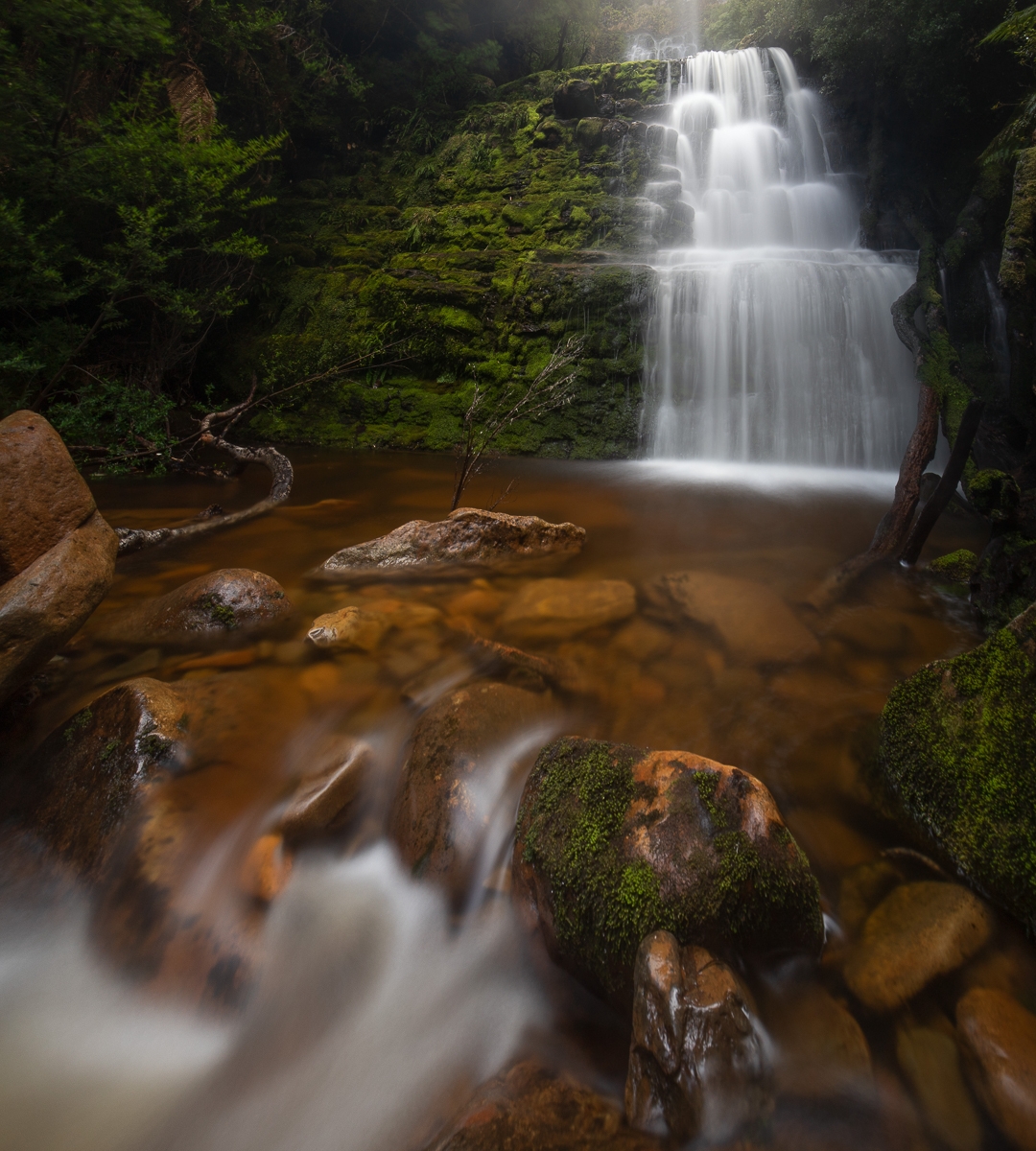 I needed a trip to Adamsons Falls as a diversion after four days’ intensive hunting for my lost husband in the nearby Creekton Falls area. Under superlative police leadership, we had searched all places logical and illogical, rational and irrational, possible and impossible, and had drawn a blank. Now, I needed a workout to soothe my soul, to distract my emotions and cleanse me in a way that only a workout can do. Some people turn to drink in a similar situation; others to drugs. I ‘just’ need to go for a run or a fast walk – preferably in the wilderness.  I announced my plan.

Aidan, a friend and former student, wanted to come too. We used to train together, so I knew his general pace, and said ‘sure’. A policeman wanted to come, and I rudely warned him that I was not in the mood for loitering today. The others teased him a bit, but he said he was fine. Another person (whom I didn’t know) wanted to come, but I drew the line there. It seemed very impolite, but I really didn’t feel like having someone who might hold me up, and I wanted – and needed – the group to be “cosy”, containing only people who understood me and what I was going through at this time. We arrived at the start, and off I set, happy to find myself alone after not too many minutes. I needed solitude. Had there been just one person with me, I would have felt obliged to be courteous and wait, but the two guys had each other, so I could move quickly, and enter a trance world, oblivious to almost everything other than a sense of surrounding beauty.

In thirty eight minutes, I reached Adamsons Falls, and could photograph away while waiting for the other two. I set up my tripod and shot and sang. Some people have their spiritual moments in a dark building made with human hands; I have mine in nature. This was a religious excursion as much as anything. When the guys arrived, they wanted to rest and eat a bit. I was soothed by now, having had my little lash out, so we chatted and ate and enjoyed these falls, which are very beautiful, even if they can’t match Creekton. Hygrocybe roseoflavida
The next section was fun: an indistinct, taped pad through beautiful forest, with enough obstacles to make it interesting and turn it away from being a march. I have heard other photographers describe this as rough and difficult. Listen to them and not to me. I’m a bushwalker, used to bushbashing, so this felt easy in comparison. The three of us stayed together in this section, chatting away while we went, keeping an eye out for any signs of my husband whilst doing so, not that any of us believed he would have come this far or in this direction. You have to check every possibility when you’ve drawn a blank. This took us fifty five minutes.
Now we had reached Creekton Falls, which the other two hadn’t yet seen, so I sent them up to look at the main falls while I photographed a cascade nearer to the junction that I hadn’t shot on day one. Back at the Creekton Rivulet, below Creekton Falls
Once more, we had fun talking and eating before setting out on the final downhill stretch leading back to the cars. This part took fifty two minutes. The other two dropped behind me, so once more I enjoyed having a faster pace and with singing. Music always soothes my soul. I sang to Bruce in all the early searching, when I was alone, as if he heard my voice, he would know I was out there searching for him, and not give up hope.
I felt refreshed having been allowed to move this day. My daughters chose to climb Adamsons Peak having a similar need to withdraw from the main cluster, but, like me, at the same time scanning the new territory just in case Bruce had somehow climbed up there. They knew that this was “it”. If, when they returned to the police there was still no sign of Bruce, the search would be officially finished. Their dad would be “missing presumed dead”. They sat together up on a flat area before the summit, hugging each other and crying, sensing that there would be no luck today. I envied them. The shoulder I have been crying on all my life, the one who has shared every joy and sorrow with me since I was a little school kid had now vanished from the planet.
The next day, day six, was not a search day. We sombrely walked to the lake (which we later learned – courtesy of Rafael’s drone – is a heart-shaped lake!!) and had a little farewell service there before dispersing. I cannot think of myself as a widow or Bruce as dead. Legally, he’s not. Intellectual knowledge and emotional knowledge do not always align. Reality will catch up with me one day.
Post script 2019. Last year, and this year, on the Bruceaversary, our family has gone and stayed at Driftwood Cottages, Dover, where Bruce and I spent his final night, and where we stayed throughout the search. Together, we walk in “Bruce Forest” to the Lake. Each year, we set a little raft of native flowers to float out to the middle, and each year, we sing Dona nobis pacem in harmony together. This year, in the afternoon, Kirsten and I chose to go to Adamsons Falls: she running, and me lugging my camera gear. I have changed some of the images to incorporate some of this year’s offerings.