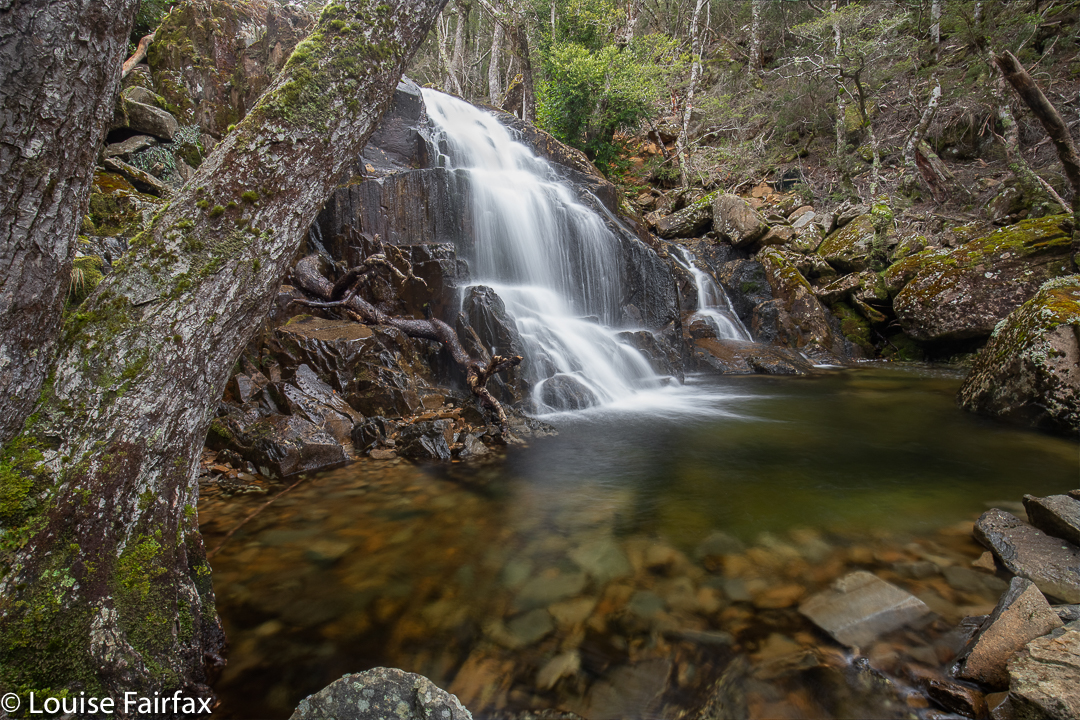 I am the sort of person who is always in a rush, trying to squeeze as much life into every second as is possible, often multitasking and too often running late because of both the above.

Now, because of trying to squash five lives into the space of one, I didn’t allow time for research on these falls: I had heard they were below “the” bridge over Burnies Creek, and that was the sum of my knowledge. Sounds easy enough. I parked beside such a bridge, but could find no waterfall. I thought I had to search harder.
I had received an invitation to join others on this day, and do a hike up Warners track to Adams Peak. These others had arrived, so I told them to set out without me; I would find and photograph these falls and give chase up the incline.

That was a good idea, except that although I found areas of deep and interesting erosion, my search was devoid of waterfalls. I gave up and set out up the beautiful track, sidelined by fungi now and then, but I eventually caught the others.

Right near the top, however, there was another bridge, and below it, both waterfalls and a cascade. I photographed three worthy falls plus the cascade.

Once past the top bridge, the track levelled right out, and the beautiful forest ceded to alpine scrub. Our goal of Adams Peak was clearly visible, and not far away. It was a fairly easy scramble up, and we were rewarded with views that were surprisingly vast. It was amazing what we could see from a climb that seemed inconsequential.

As it was winter with short days and a bit of a chill on top, we didn’t linger too long, and were soon rolling our way down the slope to the cars. It was a good length’s walk for a winter’s day; I was home in time to do a couple of outside jobs and collect wood for the fire before night descended.