“Bob Brown’s here”, the excited whispers ran through the bus; heads craned to see. Pulses rose. This was going to be a fun day.
As we stood in a circle to say our names, you could feel that these adults were like kids needing to suppress giggles, although they did their best to introduce themselves with less of a teenie-bopper air than they felt. My pictures of them during the day have faces lit with huge grins. One said to me at one point: “This is such a cool club. Do you bring celebrities to every walk?” 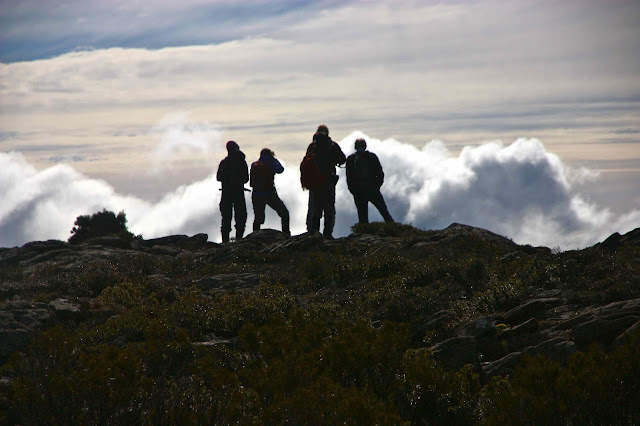 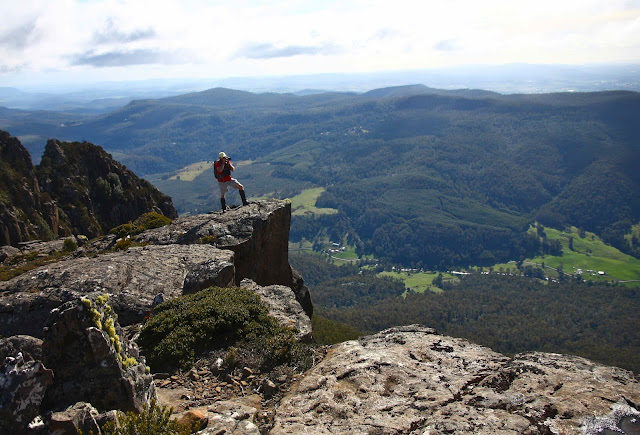 I have known Bob for nearly twenty years, dating back to days when I was on the green ticket in two elections. Despite this loose acquaintance, I have never done anything with Bob that was not official, so even for me it was a treat to go walking with him, and to see him on more relaxed turf – especially nice to see him in the bush that he fights so hard to save. I sometimes fear that he’s so hard fighting he has no time to enjoy what he’s fighting for – and I feel guilty for enjoying it so much and never allowing enough time to fight properly for its existence. It’s hard to get the balance right. 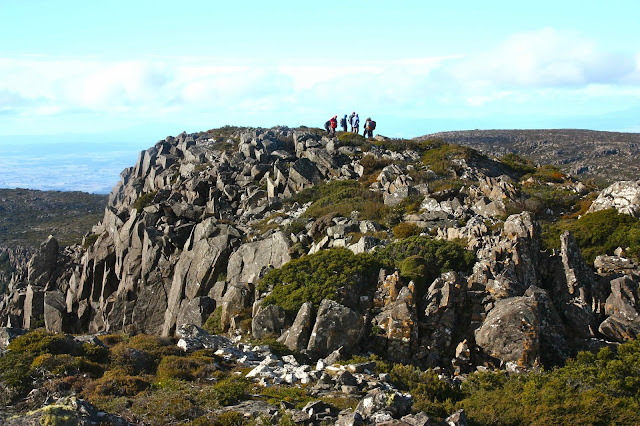 We climbed up the Bluff to pretty specy views, and then some of us perfectionists in the matter of peak bagging set off across the horrid scrub for the actual summit. Bob, having climbed the good part about eighty times I think he said, and having also officially bagged the thorny castle of a summit, was happy to go straight down with those who still retained sanity. We met back up down the bottom, where Paul had lit a fire, Bob had brewed some tea, Caroline had brought several cakes, and where the laughter and chatter continued until after dark. Most of us came home with a little goody-bag of walnuts, courtesy of Paul’s efforts while we had been off, gallivanting on high.