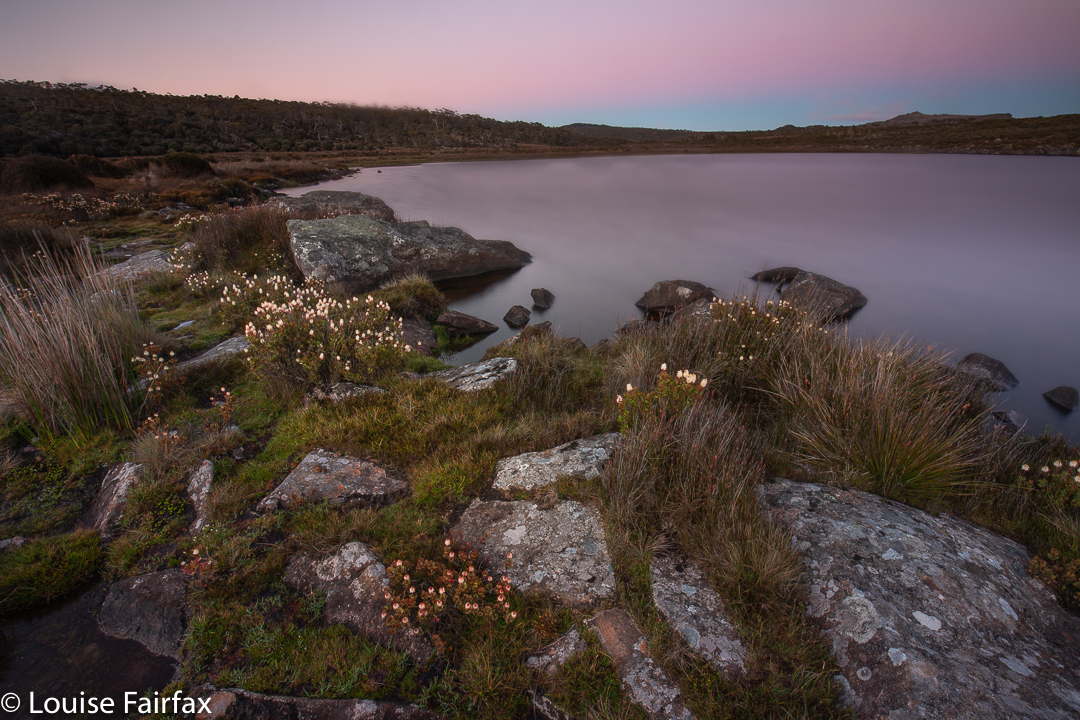 Back in the early 1990s (when I was an athlete), I used to run up Higgs Track for training. The times I did, from the vantage point of my current age, seem daunting. I must try running it again some time to see exactly what damage age has done to me. But that is for some later date. Today I decided to take my tent and camera gear and go up for my first overnighter in the region.

Running is very different from walking with a heavy pack! The pack forces slowness upon you, and you have extra time to notice more of the tiny aspects of the bush – like fungi. I was not expecting fungi in summer, but photographed eight different genera, which greatly surprised me. (I found more than that, but they were mostly too big and bulky for my tastes; there were also other plain-coloured, middle-sized ones I couldn’t name, and, as no one ever seems able to help me identify that sort of fungus, I left them.)

I had forgotten most of what Higgs Track was like. My single dominating memory was that of trying to cross Dale Brook at the start, crawling along a disconcertingly high and usually very slippery log before the climb began. Nowadays, I discovered today, there is a problem-free bridge, so my hesitant anticipation was unnecessary. Meanwhile, the track itself – and the surrounding area in general – was very beautiful indeed, with masses of ferns and moss and rich brown tree trunks. Dale Brook could be heard for most of the trip.

Walking with a pack may well take significantly more than double my running time, but I had still finished the climbing part to the flat plateau at the top in under an hour, so was pleased. This gave me plenty of time to check out the hut, meet its inhabitants and have some soup and dinner before I would set out with my camera gear to see what I could see as the sun got lower.

The hut inhabitants were friendly and welcoming, so I decided not to pitch my tent, which would mean I didn’t have a wet mess to pack up in the morning. Rain still looked likely. The dark clouds were very attractive, and I was able to enjoy them all the more for the knowledge that they were not going to wet the fabric of my tent, making it heavy next day.

Off I set, exploring channels, finding a waterfall, and then going to the lake where I found wallabies and colourful wildflowers. During the final splash of colour at Alpenglow, I shared the last of the beauty with the others from the hut out on the verandah. Next day, I enjoyed a kind of repeat of wildlife, wildflowers and lake in beautiful pre-dawn colours by setting my alarm for five in the morning and braving the bracing temperatures to experience pink-hour beauty.

A cute bunch that caught my eye whilst I was water

I’m running behind. Sorry. Taking too many photo

One of many beautiful dawns captured recently on B

Forest fairies. I love the tiny ones. These have t