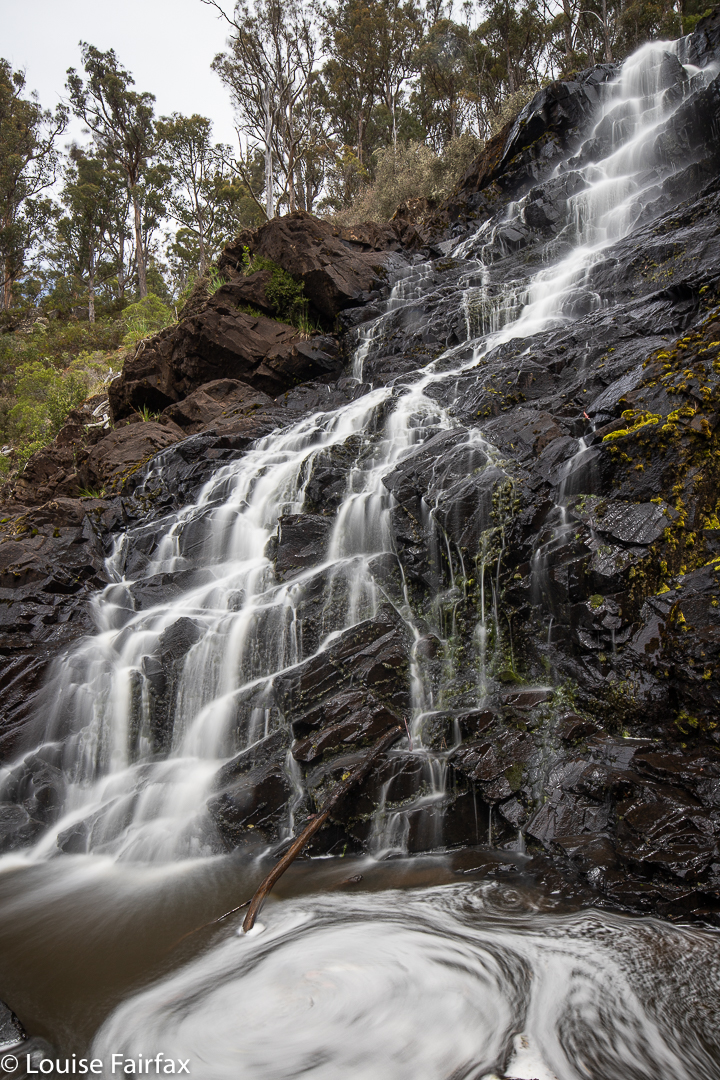 Problem 2 is that Victoria Valley is kind of out on a limb, which I guess is in tandem with being in the middle of nowhere. It’s a jolly long drive for very little reward whichever way you look at things, and very difficult to combine with anything interesting. Hm. Why do I have to be so curious, always wanting to see falls that are just a name on a map? At least there is another waterfall, unnamed, on Kenmore Ck, just to the north of Victoria Valley Falls, so I can add that to the day’s agenda. I decided I wasn’t going to get much exercise, so went running before I set out. Good move!!

Waddamana was possibly the ugliest place I have ever seen on this entire planet, but once past it (heading south), the road got narrow, the ground less barren and greenery started growing, so I started to enjoy it. If you are coming from the south, your trip is MUCH prettier!! By the time I reached the road intersection just north of the falls, and turned onto Victoria Valley Road, I was enjoying the view out the window. I drove down that road until I reached the sign below (only truly visible for people coming from the south. If coming from the north, you get its rear end). I was off, on a path that looked like this: And the falls that I found, you have seen above. It was a lovely little walk – although only five minutes in each direction – and could be combined with something at Lake St Clair if you got an earlier start than I did. I combined it with going to nearby Kenmere Falls (see my blog:  http://www.natureloverswalks.com/kenmere-falls/

and a recce to Comma Falls (more another day).