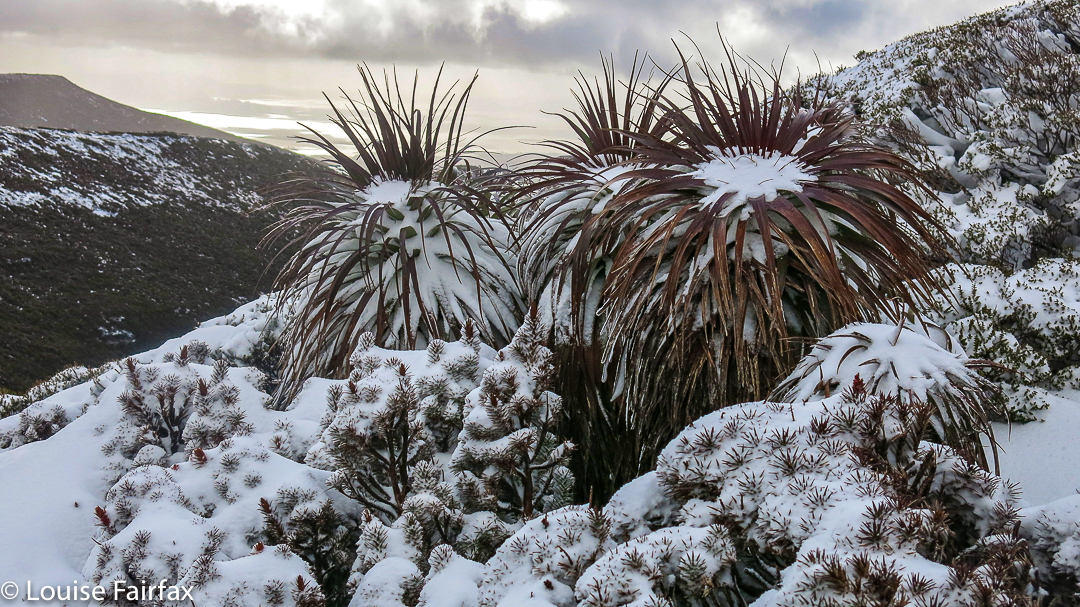 Written the night before I set out on my expedition…
In the days before I embarked on a solo attempt of the Southern Ranges, one of my Instagram followers posed the question: Why on earth would I (or anyone) do something dangerous, and solo? In order to bridge the gap between his/her understanding and mine, I need to clarify a few points, especially as I also had a comment from a huge beefy fellow near his physical prime who told me that what I was doing was not dangerous at all. For him, it was, indeed not, but I am not him.
(1) Danger is not an absolute, a one-size-fits-all garment. What is dangerous for one person might be totally innocuous for another. It is also not a constant: as we grow in strength, ability and experience, our concept of, and the reality of, what is dangerous for us changes.

For me to attempt an aerial triple summersault with half twist, the daily fare of some top gymnasts, would be very dangerous. I have never had that ability. For preschooler, Abby, it would also be dangerous. However, for Abby maybe seven years from now, it might be a daily thrill.
The relativity of danger is dependent on our age, physical condition, technical expertise and general wisdom to name a few factors that immediately spring to mind. It is very, very hard for one person to label an activity either dangerous or easy for another. Even if one knows the other very well, one can still err. A judgement here is, at best, an educated assessment rather than an immutable dictate.

Funnily, our emotional attachments also alter the amount of danger inherent in an activity. As Alex Honnold prepared for his free solo climb of El Capitan, his friends grew increasingly anxious. Fairly recently, Alex had fallen in love; all of a sudden, he had something to really live for, and they were worried about how this might affect his ability to do something so daring. Interestingly also, is that on his first attempt, he set out, but realised very early in the climb that his mood just wasn’t right. He withdrew from the attempt. The day he did do it, he arranged a few elements to be different. His mood influenced the degree of danger of exactly the same activity. The danger differed!

He is now married to that girlfriend, Sanni, and that gives him “more to lose on a rock than just his own existence” (Seth Wickersham, ESPN). Now he is married, his perspective on danger has changed. He also knows full well that if he becomes a father, it will change again. He insists he doesn’t want to die soloing, lest he join the legions of legends who “got too cocky, or too depressed, or too unlucky.” In other words, danger has to be constantly monitored; we shouldn’t take any danger as unalterable or given. We need to constantly reassess it in the light of who we are now and what we can do.

Tommy Caldwell, another adept climber, explained in Alone on the Wall: “On one hand I am still a kid, full of wonder, chasing dreams of distant summits. But I’m also a father […] and this means I am no longer allowed to die.” If you refuse yourself permission to die, that alters your perception of danger. I have two daughters who have lost their beloved dad in the wilderness. I utterly refuse to have them or their children burdened with the impact of losing both parents in the same demesne.
I refuse? Of course staying alive is dependent on more than that; I am mortal. I refer back to what many regard as the greatest risk taker ever (an opinion he does not share) said above in criticising other people who carelessly die: too cocky. (There are other words, too, of course). My refusal means I pay attention to dangers and to where I stand in regard to any danger. I enter areas of risk to me, but my assessment is that the risk is somewhat big, so as to be a challenge and cause fear and respect, but not so great as to be foolhardy. It is attenuated, well-calculated risk. But my risk is not yours, and vice versa.

(2) As Alex pointed out in an interview during the captivating movie Free Solo, danger has two elements:
(i) consequences, and
(ii) risk.
The consequence of my being hit by a 60kph car is probably death. The actual risk of that consequence happening, given that I look to each side and pay attention, is minimal. Sometimes when we use the word ‘danger’, we have consequences in mind; other times, risk.
Alex knew that the consequence of falling whilst climbing El Capitan would be a definite death. He felt, however, that his skills (honed through years of hard work) and natural abilities meant that, for him, the risk of that happening was minimal. Therefore, he was prepared to do it, and did not consider himself foolhardy. Because he believed he had accurately assessed all dangers and gone through all possibilities, he also regarded himself as neither cocky nor stupid. Had he over-assessed his abilities, he could be regarded as hubristic; the fact that he pulled off what no human has ever before achieved meant his assessment of himself was accurate. New achievements like his regard risk, but hopefully just the right amount and no more.

Hopefully we each set ourselves goals and move to the next level of our own abilities. Each move may involve a little risk. That tests us. We only come a cropper if we have failed to adequately read the situation or our own ability to deal with it.
If we are content to just sit in one place and not increase our abilities in our field of interest / expertise / knowledge – to stop striving – then we are, ‘to speak with Goethe’, succumbing to the temptation of Mephistopheles. Mephisto, or the devil, bets with God that he can stop Faust’s Life Force, or striving, and tempt him to “Verweile doch” – to sit back and lie on his lazy bed (Faulbett) and stop pressing forward. He then makes essentially the same bet with Faust. And if Faust says to any moment: “Please stay, please stop moving forward”, then the devil has won, and may destroy him, Faust. I am a person who keeps striving for the next level in almost anything I do. It’s just the way I am. I guess I have a strong life force. A lazy bed is torture for me.

Now, of course, the Southern Ranges are no El Capitan, but if I fail to read them or me correctly, the consequences could still be the same. If I blithely and ignorantly think I will be fine without taking all the adequate precautions, that hubris could kill me. I am very aware of my own potential to fail in this task as, whatever some beefy male may claim, with my diminutive frame, it is a big battle, and strong winds which occur there could easily pick me up and deposit me in a place of no return. I have heard of the winds there lifting large full-packed men into the air. What hope do I have? I have heard of groups which linked arms in order not to be swept away. I have no arms to link with. I have heard of tents being massacred and the inhabitants being exposed to rain and wind with no protection. They have been rescued by their mates whose tents still stood. I have no mates there. I find the male who told me that what I am doing is nothing to be ignorant. Sorry. I go fully aware of its potential to harm me, but I also hope at the same time, that I have what I need to cope. If the weather forecast changes, I will need to get out of there as quickly as I can. I will have mild fear for most of the route because of that. At my furthest point, I will be 45 kms and a great deal of thick bush away from safety. (The route is 90 kms out and back).

I have invoked Faust and his striving to move to the next goal. I will change tack and look at another figure from both history and literature: Joan of Arc, already immortalised yet even further brought to our attention by George Bernard Shaw’s play: St Joan. I love Joan. She is so very full of life and the love of life. All that she says and does seems full of this life force that embraces the gifts of this wonderful world.
In a scene that is key to me, she has just recanted her beautiful voices because of pressure from the church. She was told that if she did this, she would be given life, and would not burn at the stake. So she does, and is then told that she will be moved down to the dungeon. First, she turns on her accusers in what I call her ‘I-never-should-have-trusted-you’ speech. What she particularly attacks is their concept of life. Her same attack could be levelled at medicos and lawyers six hundred years later (we haven’t got far, have we): “You promised me life, but you lied. You think that life is nothing but not being stone dead.” For Joan, life is not just about breathing; it is about real living. She discusses some of the elements of real life: “to shut me from the light of the sky, and the sight of the fields and flowers [… to manacle me] so I can never ride with the soldiers nor climb the hills; […]”. I would forego many things “if only I could still hear the wind in the trees, the larks in the sunshine, the young lambs crying through the healthy frost, and the blessed, blessed church bells.”

Ultimately, Joan tears up the form she signed, electing to burn at the stake rather than endure a “life” that is mere breathing, mere existence for existence’s sake. For Joan, life is about engagement with the world of nature and the opportunity to employ her life force. When Joan chooses death, she is actually, paradoxically, choosing life. She has far too much life in her to be satisfied with mere breathing. I love her. I want to go out and grab and grab all the beautiful moments of life until my very last moment has come. And that is what my darling husband managed. Sometimes that grabbing of life involves risk, but when we take that risk, we feel terribly alive.
When you make demands of yourself that reach to your own extremity, you are on fire. This trip feels to me, because of the tests it will put me through, like a World Championship or an exam. But I am ready to take it, and just as races and exams used to thrill me by putting me to the test and demanding that I gave them everything I had, so will this expedition. And that is why I will knowingly do something I know to be dangerous. It is an intelligently calculated risk, but hopefully not one that will take me over my limit. If I pass my test, I will have grown a bit more as a person. I will feel very, very alive at the end of it.

One Reply to “Southern Ranges: on Risk taking”